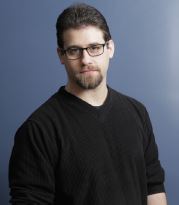 Stephen Zambito is a professional audio producer, actor, model, singer, voice over actor, radio host and brand influencer more widely known internationally under his stage name, Zambo. Zambito has carved himself a place within a niche market in a vast industry wherein he has excelled into the hearts of millions of fans around the globe. He's best known for his work on iHeartRadio's pop culture 'talk radio' series, The Grindhouse Radio (also known as GHR). As a host of GHR, Zambo has played an integral part of the series' booming success in becoming an award winning, internationally syndicated radio show and web series boasting a following of between 3.5 to 4 million listeners weekly worldwide. The Grindhouse has received notable recognition including the honor of being voted the Best Radio Station on Long Island 2017 and has been re-nominated again for the prestigious award in 2018. In this role - he's had the unique opportunity to work with and interview hundreds of top names in the entertainment industry including Ernie Hudson, Phil Lamarr and Sean Schemmel to name a few. Apart from the continued success of GHR, Zambo has seamlessly intertwined himself in the world of screenwriting, acting and producing as he holds a principal role as well as writing credits in the upcoming televised TV comedy, Behind the Grind which will air on Amazon Fire TV, Roku and Apple TV.

Stephen has appeared in various films and shorts including TROMA Entertainment's, Sgt. Ka-Spooky-Man's Cray-Cray VR Halloween Extravaganza and Kabukiman's Cocktail Corner. Zambo's voice can be heard in the video games, Brimstone's Wasteland Wars, Brimstone and The Borderhounds: Forza Infernis and the upcoming releases of GHR: The Great Airspace Chase and Liquid Metal. He's been used as a pop culture expert guest on various news outlets such as Fox 5, Good Day Philadelphia and Verizon FiOS 1; as well as featured in countless articles online and in publications including The Herald, The Long Island Press, Long Island Business News, and Newsday. Zambito's professionalism is matched by his sarcastic wit and wise-cracking personality that has led to his involvement in convention panels, celebrity hosting and moderating at major pop culture events including; but not limited to The Buffalo Niagara Film Festival, The Great Philadelphia Comic Con, EMCon and I-Con. Furthermore, Zambo is proudly searchable as GIFs that have been downloaded by millions throughout social media!